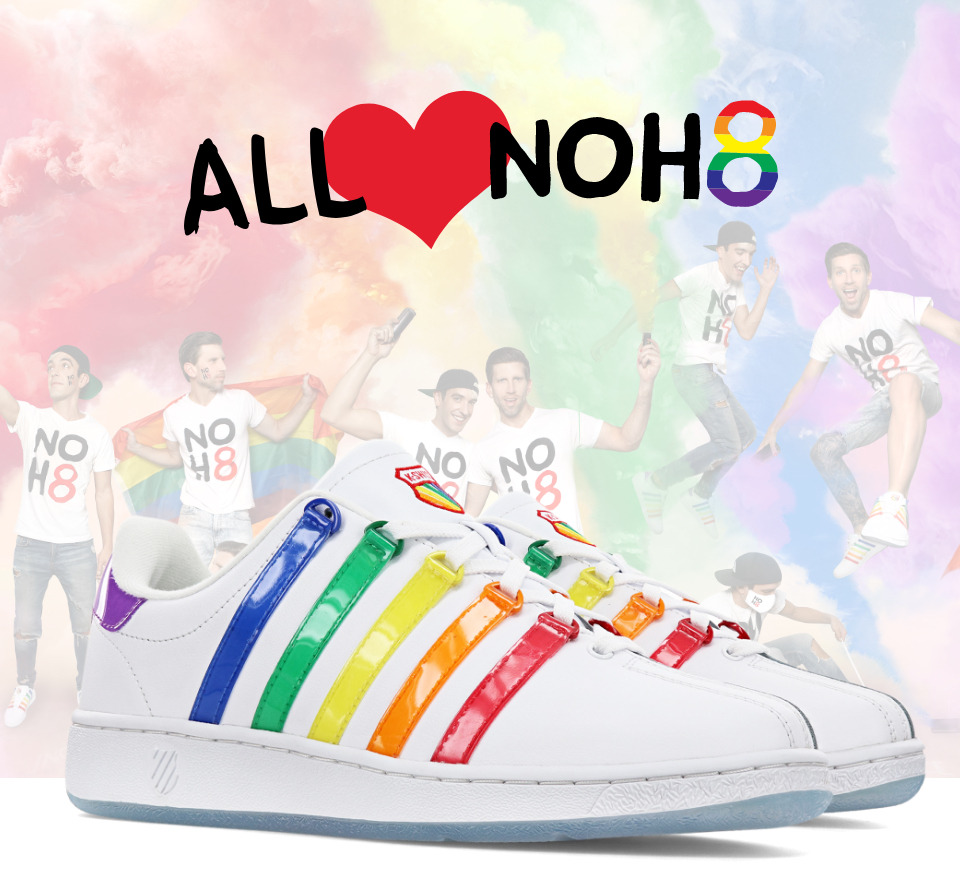 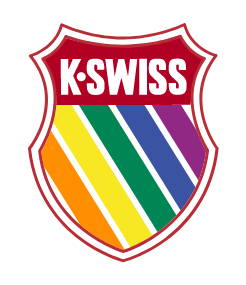 We’re extremely proud to partner with the NOH8 Campaign on a special, limited-edition version of our iconic Classic VN for Pride Month 2020. NOH8 Campaign supports the movement against hate and the tens of thousands of people who have spoken out through silent protest over the last decade. From rainbow stripes to a special “ALL ❤️ NOH8” imprinted on the soles, these shoes present a positive message with every bold step. 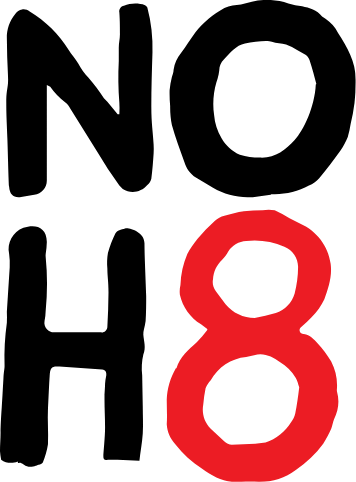 NOH8 Campaign was founded by celebrity photographer Adam Bouska and his partner Jeff Parshley — their mission is to promote marriage, gender and human equality and promote the fight against discrimination and inequality in all forms. While originally inspired by the passage of Prop 8 and the fight for marriage equality in California, the scope of NOH8 Campaign has grown to stand for much more.

You may recognize the NOH8 Campaign from its portraits of people with their mouths covered in tape and the message “NOH8” written across their cheeks. These portraits began with everyday Californians, and soon rose to include politicians, military personnel, newlyweds, law enforcement, artists, celebrities and more from across the world. 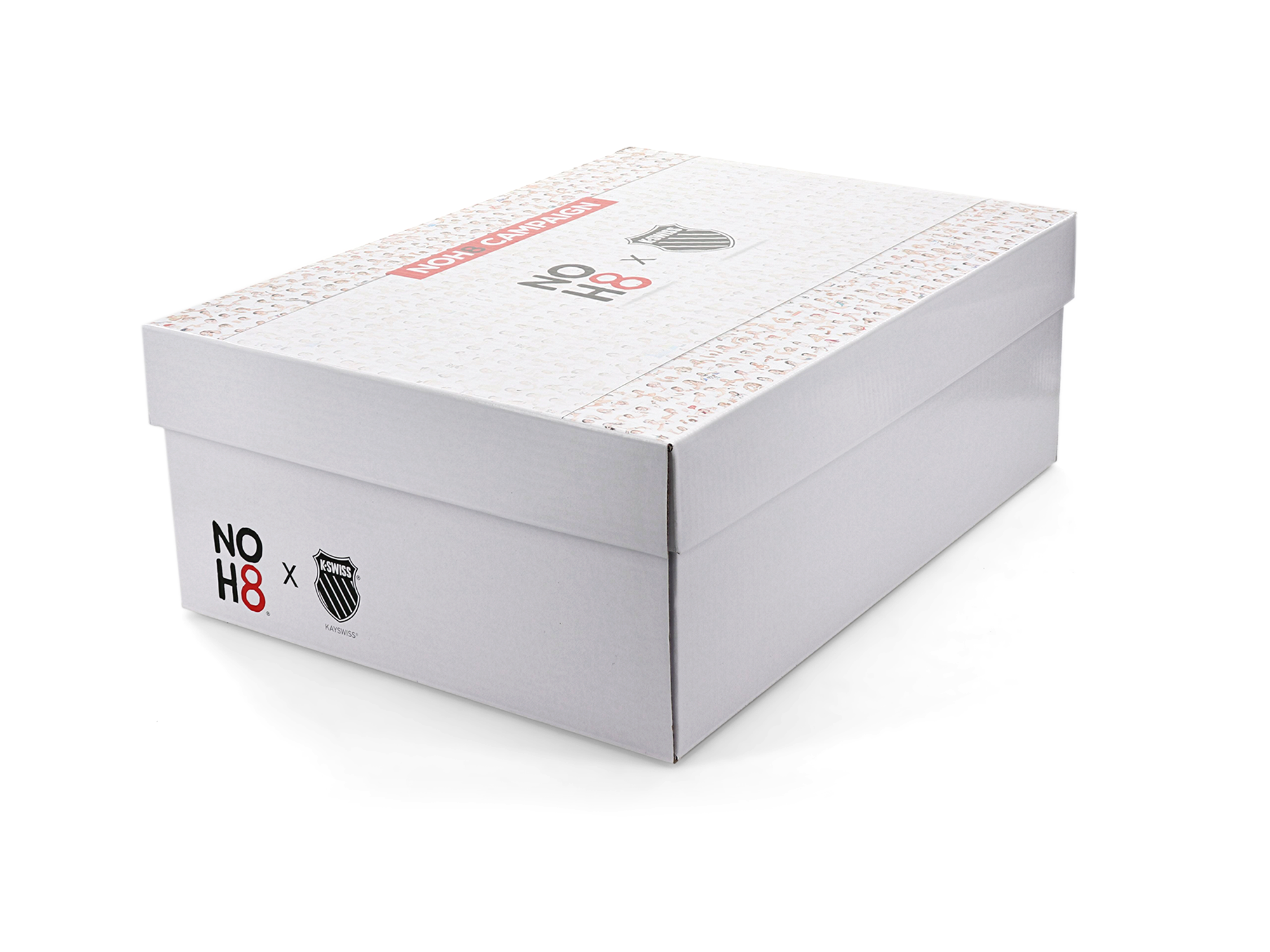 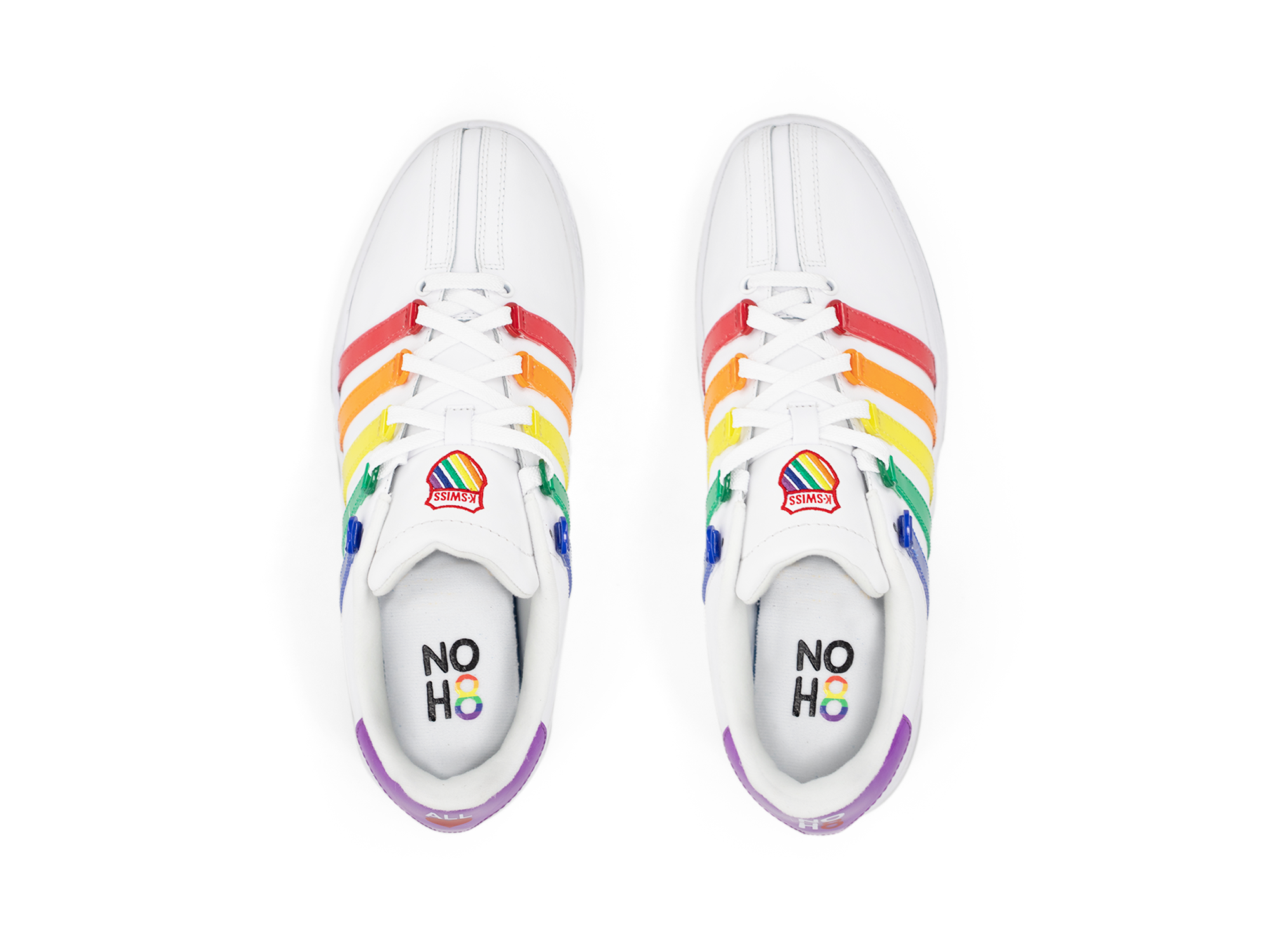 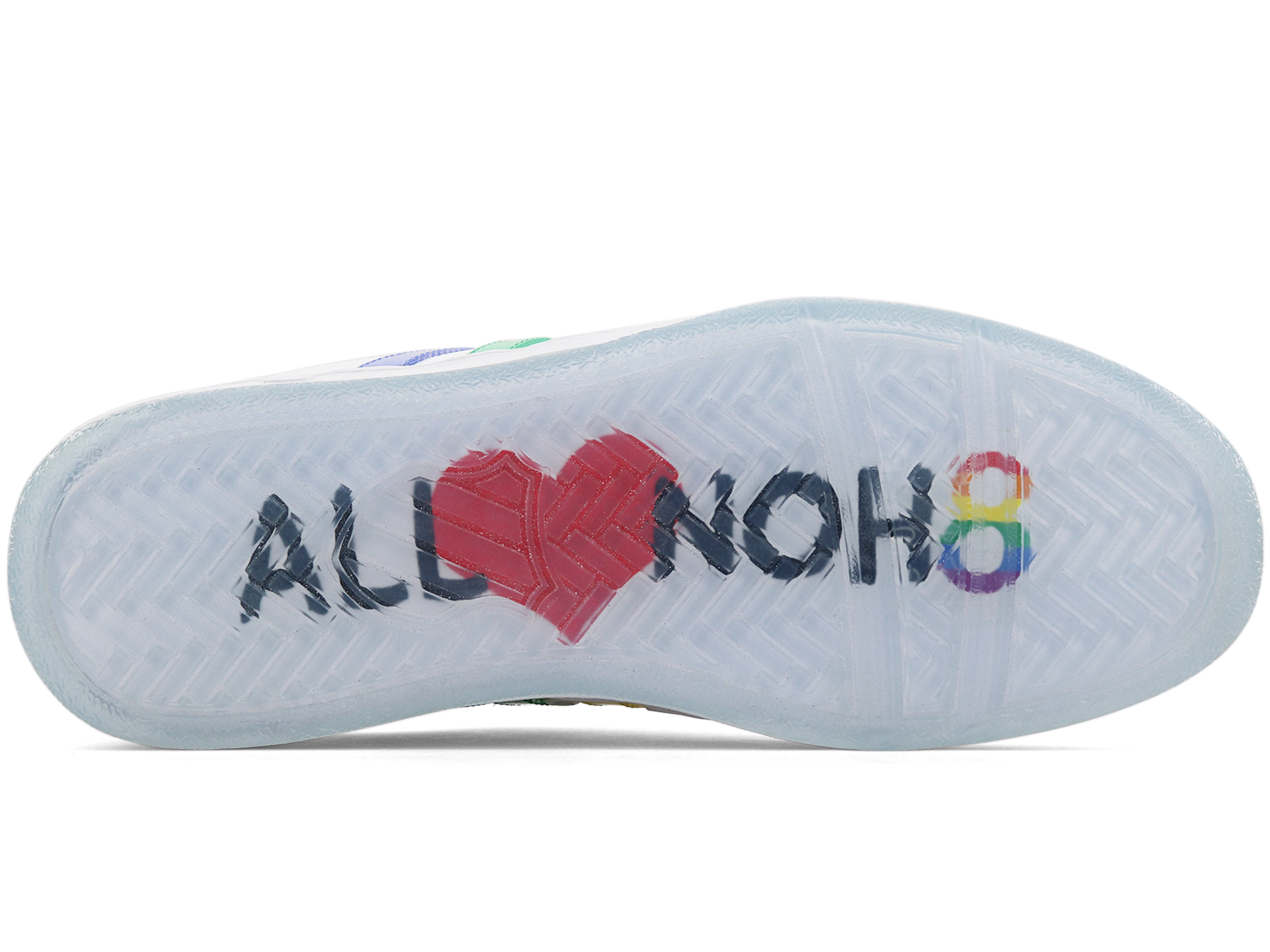 Our partnership with NOH8 Campaign inspired us to create a rainbow-colored version of our iconic Classic VN sneaker. This boldly hued sneaker celebrates Pride Month 2020, and encourages everyone to stand up for equality and acceptance of all human beings. Each sneaker comes packaged in a limited-edition box featuring a collage of hundreds of faces photographed by Adam Bouska for the NOH8 Campaign.

We’re donating a portion of proceeds from the sales of our NOH8 Classic VN directly to the NOH8 campaign.

Product has been added to your wishlist.
You can view your wishlist by creating or login account.
Please create account through "" email.
Login Register